We can interpret an angle by rotating a ray from one position to another. When we use this interpretation of an angle, the ray to begin with is called the initial side, and the final position of ray is called the terminal side as shown in the figure. 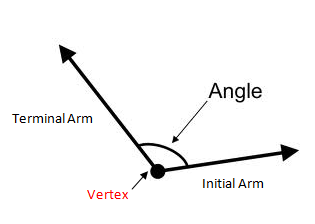 ''An angle whose vertex lies at the origin of a rectangular coordinate system and whose initial side is directed along the positive direction of x-axis of that coordinate system is said to be in standard position.''

Angles shown in the figures below are in standard position. 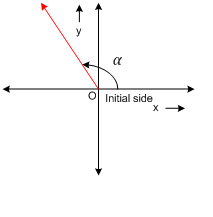 ''Angles having the same initial and terminal sides are called coterminal angles.''

Let there be an angle `\angle`AOB with OA as the initial side and OB as the terminal side as shown in the figures below: 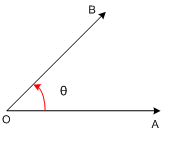 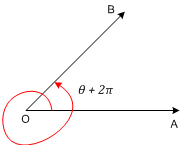 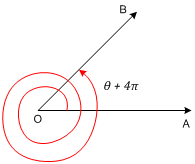 Note that all the three angles `\angle`AOB in the above figures have the same initial and terminal sides. Hence these are coterminal angles.

Locate the following angles in standard position on a rectangular coordinate system. 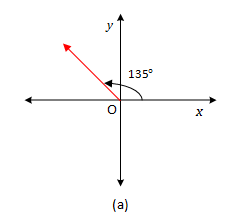 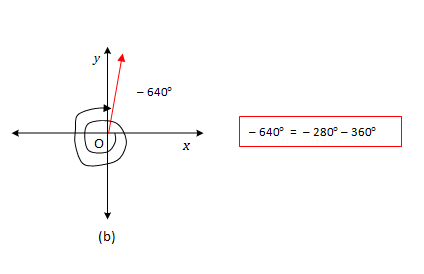 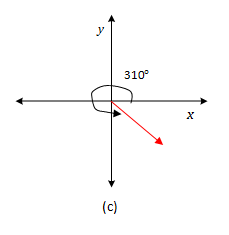 Find two +ve and two -ve angles that are coterminal with `60^\circ`.

Solution: One positive angle coterminal with `(2\pi)/3` is: