A rectangular coordinate system consists of x-axis and y-axis that divide a plane into four regions called quadrants. The point where the two axis intersect is called origin and is denoted by O.

Quadrants are usually denoted by roman letters I, II, III and IV as shown in the figure below: 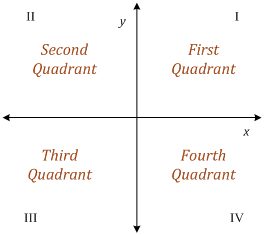 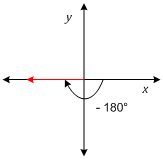 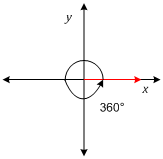 Indicate the quadrant of each of the following angles: 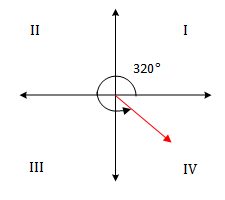 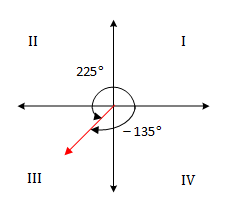 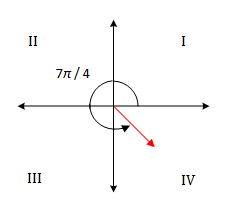 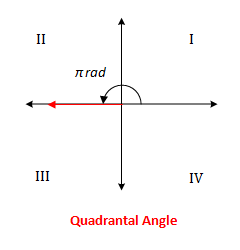